A great success for the law firm klein • wenner  which has successfully assisted the Gabonese Republic in a litigation before the Paris Court of Appeal.

On April 5th, 2022, the Court annulled an arbitral award which had ordered the Gabonese Republic to pay 150 million euros to a group operating in the public works sector.

The Paris Court of Appeal annulled the award on the grounds of a violation of international public order due to corruption of foreign public officials.

An emblematic case for both our firm and Gabon, for which we collaborated with the law firm Linklaters, Arnaud de La Cotardière, Roland Ziade and Louis-Marie Morin.

The law firm klein • wenner is glad about the successful conclusion of these proceedings, in which the legal and financial issues were very significant. 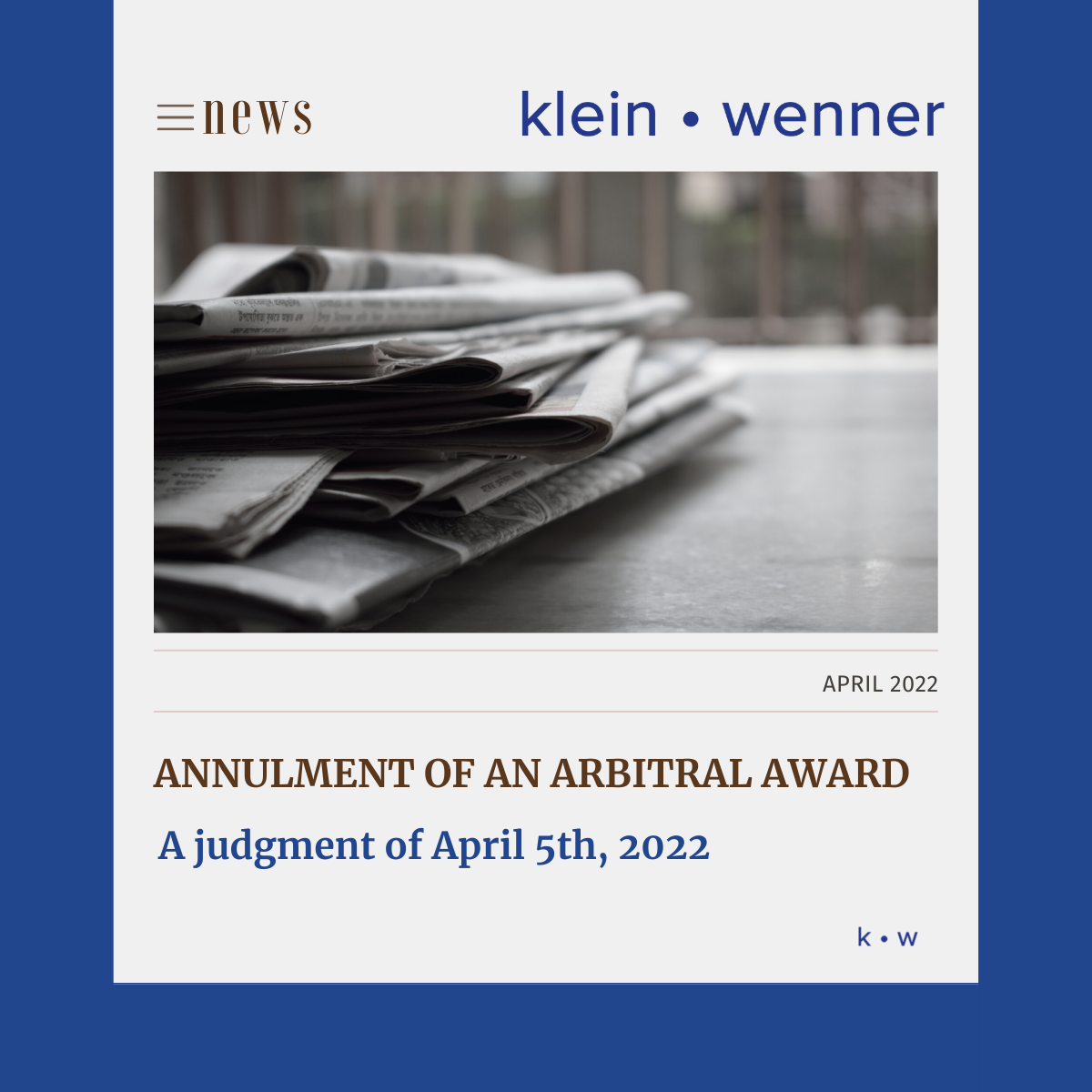 The authors, Georges Arama and Martin Riedel are in charge of our National and International Arbitration Department. They discussed the topic of arbitration […]

Georges Arama, partner of our law firm, is mentioned in an article of the Global Arbitration Review

Georges Arama, who assisted the Gabonese Republic in a litigation regarding a construction project […]

Matthieu Bourgeois and Laurent Badiane participated in the drafting of this newsletter, dedicated to GDPR enforcement, notably with regard to the French jurisdiction.